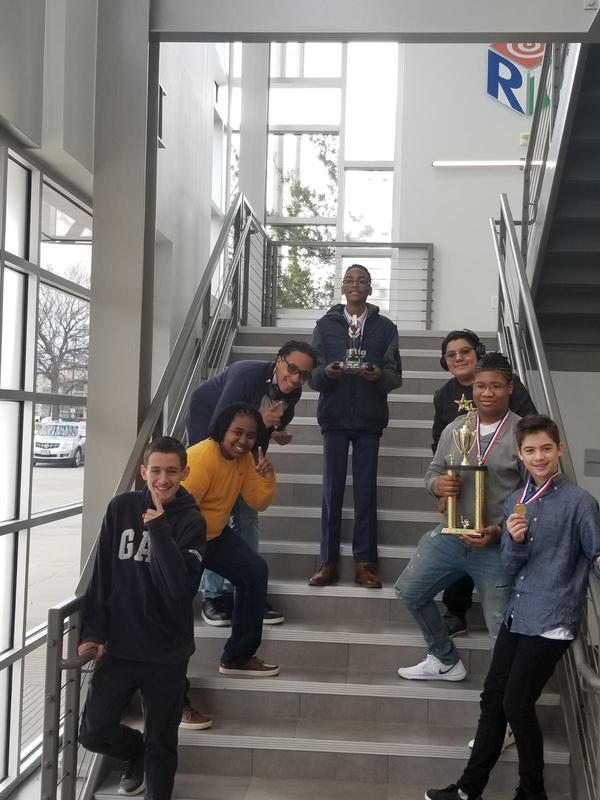 Your Viper Squids have taken First Place in TCEA Area 10 Robotics
On Friday, the Village Tech Robotics team travelled to Richardson to compete in the TCEA Area 10 Robotics competition. The teams started designing and building their robots at the beginning of the year as part of one of VT's xClasses. Only meeting regularly once a week, the teams constructed their robots using a combination of Lego bricks and electronic parts.
Class Sponsor and 8th Grade Science Teacher, Katherine Wickersham says that the students worked hard for the competition. "Each robot was given tasks that they were required to perform" Wickersham said. "The hardest part for me today was just driving the vehicles, everything else was all the students today."
This is third year in a row to win for Wickersham's team, a tradition started earlier in Village Tech's history by Campus Director Brandi Olmstead.
The robotics team will travel to the State Competition in April, which is expected to be near Austin, Texas. Wickersham says there should be near 40 of the best teams competing.
"We're proud of what we've done, but there is still more work to do" Wickersham said. "We'll make sure to bring our 'A Game'."